​Last day , I and my friend went to the highest peak in our town for hiking  . Very few sights are as blissful as two friends looking the cities from top of the city .  I suggest my friend , “ let’s meditate .  ” . He replied  “ “naah ! I will explore this place .  And He left me there alone and I sit in mediation .

20 minutes hence , my friend returned from his exploring with a girl ; a girl who is fine arts students and taking pictures of the site . I  realized , they want me to quit meditating because they were laughing loudly.  I understood that we are the pawns to the nature ; so I opened my eyes . “ how are you feeling  ‘The Himalayan Messiah ’ ? ” was the question , with no option of not answering .  “ what you want to know ?” as I learned, my friend has done his part of introducing myself in such great way . She said – “ it’s seems  you don’t want to know about me  , but let me introduce myself before my question  I am here for taking pictures for my upcoming exhibition on world tourism day. ”

“Now ask ” I said . She found it rude and said – “ why you call yourself Messiah ? What have you have done like a Messiah ? Can you walk over water ?”

Perception and desire vary with regard to the same object .  A question has been raised , it doesn’t die without an answer .  So I replied – “ everything that we are is the result of habit ; the heart is beating apparently without our control ; and the answer of your last question is “  BIG NO ! ” . She appeared confused and asked – “ I didn’t get anything but suggest me a way to establish peace ? ”  ha ha ! I said – “ the greatest bane to humans , is craving for body . They thinks themselves mere body but to establishment of peace ; they have to feel and act like the holy entity, they have been following  .  It is the only way.  ” she said I am an atheist , I am getting late . ”and pull out a paper from her bag ; and gave it to me, to write my contact information so she could invite me to her exhibition , because there was no cell phone network .

That need to succeed in peace .

And I stand in awe , suspended in it’s grace .

I return the piece of paper . And she left the site.

And today morning , I visit  there alone  and she was there  ; with an invitation card and said – “  ha ha ! That was not good but you are invited ; I want to learn more.” 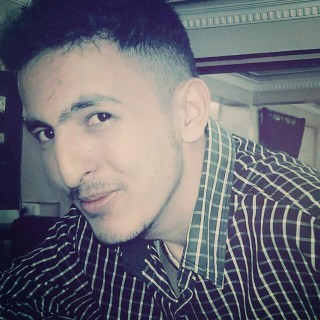